Forum rules
This section of the forum is a great resource if you're looking for ideas, and it's a cool way of obtaining technical information that may otherwise not have been posted. (Members can use the Search functionality at top right of the forum to speed up finding things) Please respect others' contributions and don't diss anyone - keep comments helpful, factual, positive and polite. One thread per vehicle or owner please - don't start lots of threads about just one car. And if you need assistance with your car and want to host a spanner day, please use the appropriate section of the forum: http://mr2.org.nz/phpbb3/viewforum.php?f=35 Thank you.
Post Reply

GDII wrote:Nope. It's a Toyota only item. It's quite unique and so is the boss kit which is so much nicer than any aftermarket one you can buy.

You mean this one?
OEM MR2 SW20 MOMO.jpg

Teaser photo of more to come.

I headed out with rocco26 and his newly purchased 1992 GT down to the beach. Well worth it. 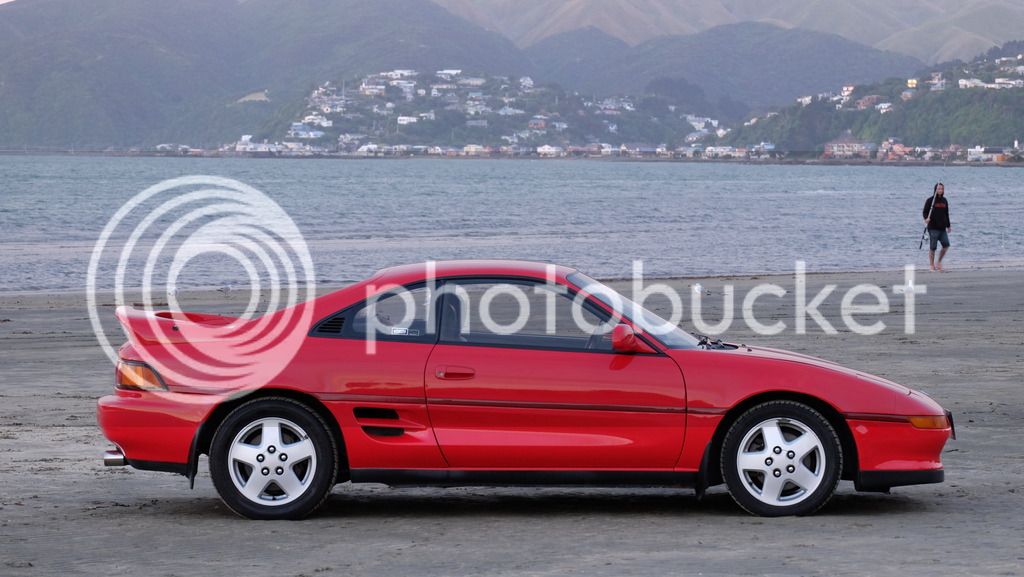 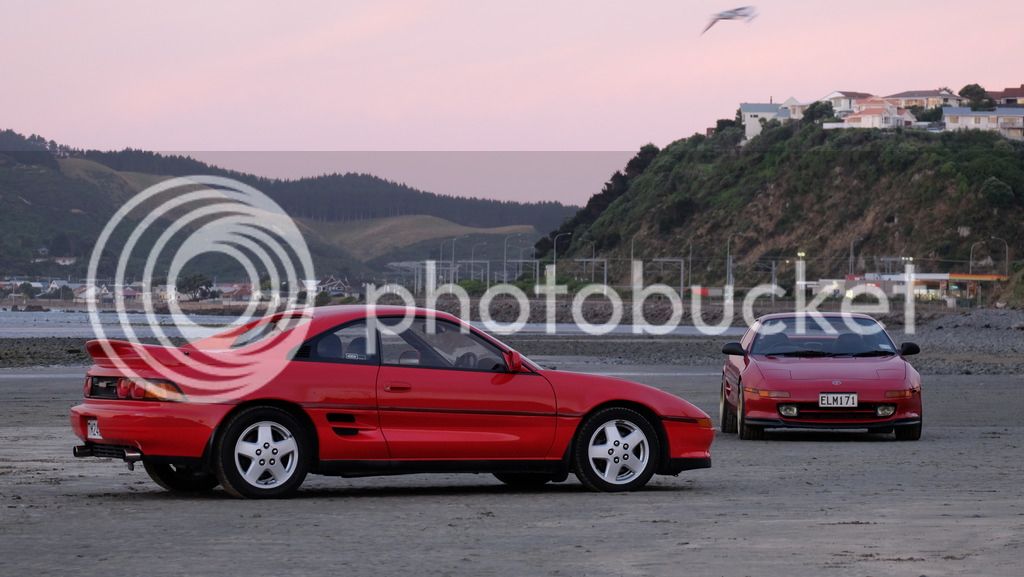 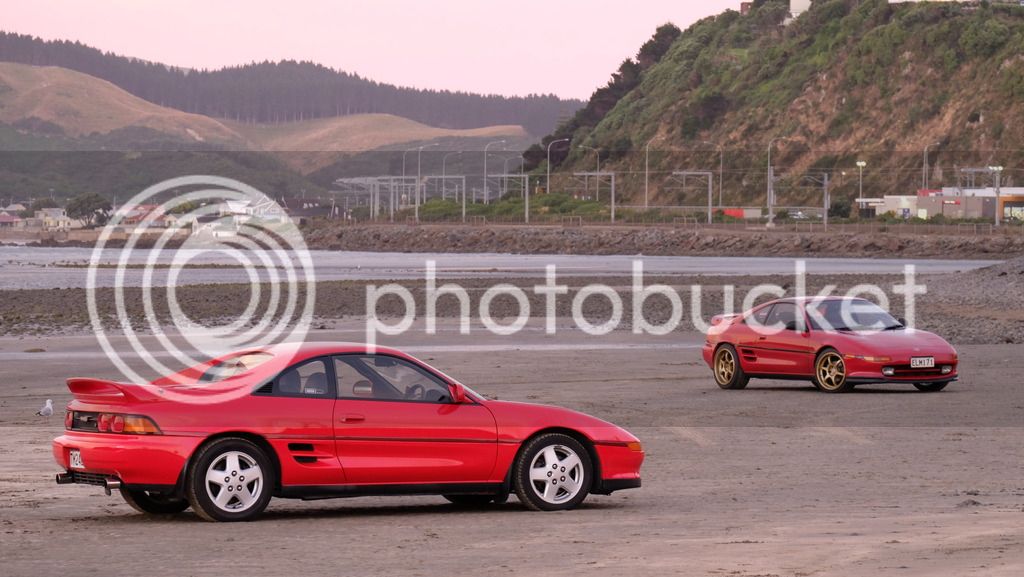 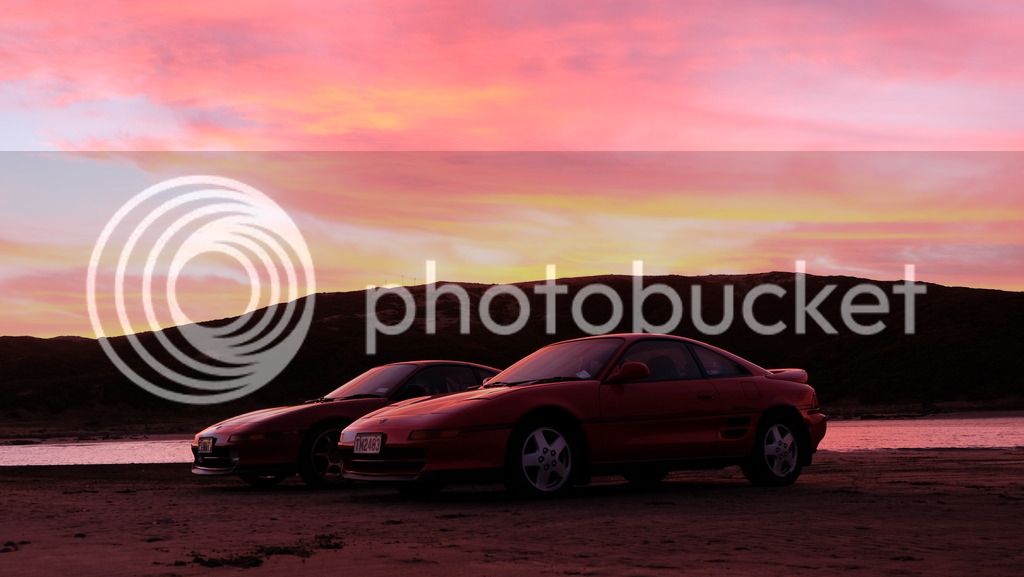 Nice Pictures
you need some AW in them though

Boosted cars are like hot women.
A little edgy, every guy wants one,
some guys can't handle them,
and if you throw a little alcohol in them they'll rock your world.

*84vvt wrote:Nice Pictures
you need some AW in them though

Well before summer is out bring it over and I'll get some of yours.

Phill, those last 2 are awesome!!!
Top

rocco26 wrote:Phill, those last 2 are awesome!!!

rocco26 wrote:Phill, those last 2 are awesome!!!

A small update on the Demio.

A lot of newer cars seem to have bespoke radios/CD players and no longer use the standard DIN slot system. This is the case with this model of Demio so I needed a solution to be able to connect my phone or other media to it. You can get DIN slot dash panels for these cars but no point messing with this car as it is far too nice.

Luckily Mazda have an external input to the stereo system for a CD changer so it is very easy to buy or create a plug and play solution to allow AUX to be installed.

I found a unit that does more than just AUX. It has Bluetooth, AUX, USB with charging and Hands Free calling with a remote and microphone. It allows control with the factory buttons on the stereo too which is great. All for far cheaper than an aftermarket CD player. CDs are sort of old now so not much point having it. The factory CD player keeps spitting out the CD each time I start the car so that was getting a bit annoying.

This plug has a few wires that hook up to the back of the stereo that allow for inputs and controls. A simple AUX would only require 3 wires from a 3.5mm plug and a loop of wire to activate AUX like the photo below.

You just plug in the wiring like factory, put the stereo back in and you are done. Great sound and control over music on your phone with Bluetooth.
It doesn't look any different to what it started out as.

That the is external input shown on the screen. It thinks it's a CD changer though.

After a few months of having the TRD rear strut brace I wanted to fix up the missing paint on the badge. So out came the paint, some very small brushes and a tooth pick.

Before, flaking paint from all parts except the white.

First coat on the stripe.

First go at the TRD text. And finished. Came out pretty good but not like the factory finish. 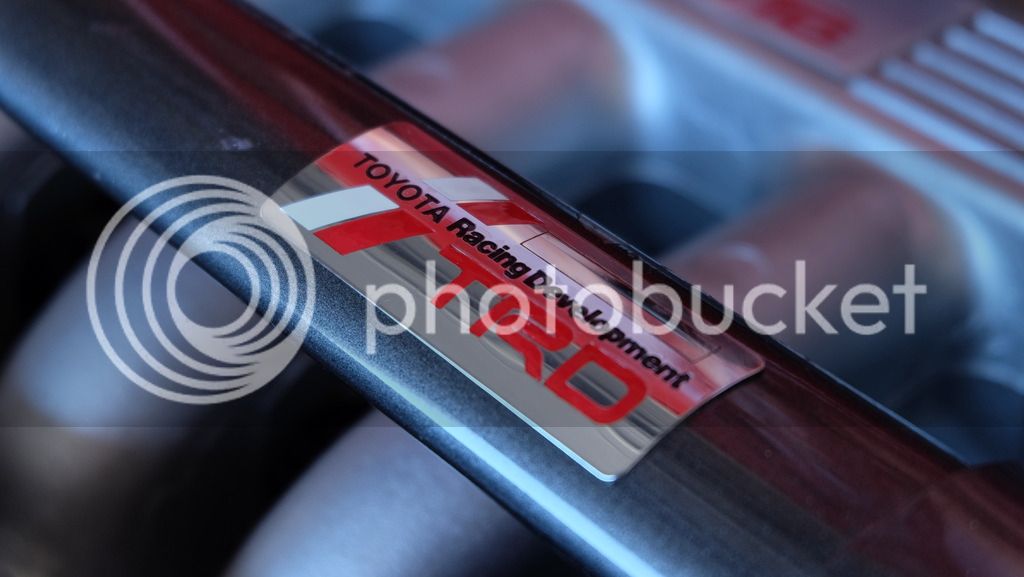 A couple of random shots of the wheels

Can eat off those wheels, so clean!!

GDII wrote:After a few months of having the TRD rear strut brace I wanted to fix up the missing paint on the badge. So out came the paint, some very small brushes and a tooth pick.

Before, flaking paint from all parts except the white.

First coat on the stripe.

First go at the TRD text.

And finished. Came out pretty good but not like the factory finish.